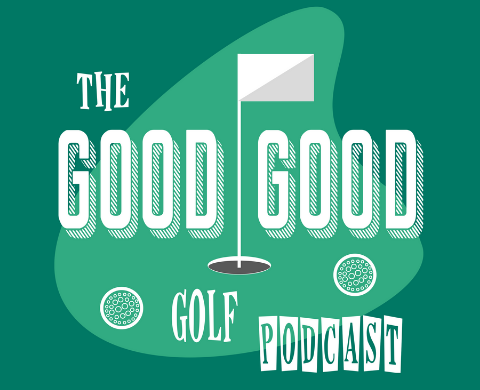 Podcasting brought them together and now the Good Good Golf Podcast is the result. Hosts Derek Duncan, Adrian Logue and Rod Morri are all avid podcast producers and listeners and after admiring each other’s work from a distance for months they finally connected on an episode of the now defunct iSeekGolf Book Club. The loss of that show, however, cleared the way for the birth of Good-Good, a corner of the internet where golf nerds can shamelessly congregate to discuss everything from the nuances of a redan par-3 to whether local government has a responsibility to promote golf. Welcome to the golf podcast world’s most eclectic show!

Self confessed golf tragic Phil Blackmar has spent his entire life around the game. He not only played at the highest level for more than a decade and a half, he won three times and all in an era that crossed over from Jack Nicklaus to Greg Norman to Tiger Woods. Now a commentator at Golf Channel Blackmar, like many of his contemporaries, worries about the direction the game has taken at the top level but believes he has a solution that is as intriguing as it is unique.

Links mentioned on this episode:

The Golf Society: For the latest in golf fashion